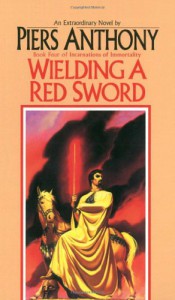 It’s a clever twist, making Mym a Hindu and interjecting him into the occidental role of Mars. And it works. The series was becoming (and still is) somewhat predictable at this point- mortal becomes immortal, meets other immortals and then has some interaction with Satan. However, Mym’s outside the Western notions of Good and Evil and it adds a little unpredictability back to the series.